With gratitude, Jody. Mom of the Joobles

With gratitude, Jody. Mom of the Joobles

Jody was the first person to encourage me to start Fair Indigo, which isn’t a surprise to anyone who knew her. She encouraged everyone to go for their dream, however improbable it seemed to most. Other good friends, rightfully, advised caution – a big risk, securing investors, long hours. But Jody – “you have to do this!” Jody believed.

Stacy, our Style Manager was a student of Jody’s at UW-Madison. She remembers her as a favorite teacher who sincerely believed in every student’s ideas and that anything was possible. Her enthusiasm in the classroom – and for teaching in general – was contagious.

Our photography model, Rada, said it well on Jody’s memorial page: “I will always remember you as the warm, happy soul that made everyone feel as the best version of themselves.”

Jody saw the world as if through the eyes of an innocent child – a world full of good people, a million awesome ideas, and color. Jody loved color. Beamed about it. Where others saw a weed, Jody saw “the most incredible leafy green color I’ve ever seen.” 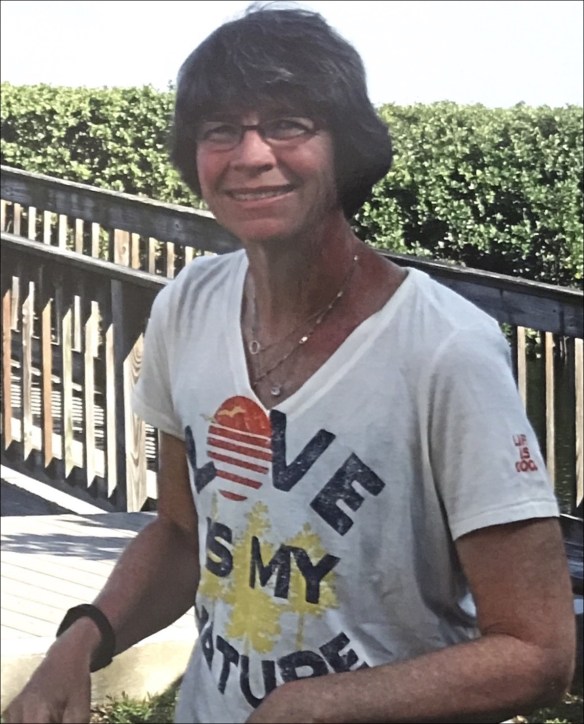 Beauty on the outside you see. Beauty on the inside you feel. Whether it was Jody’s warmth, her smile, her energy, her happiness, her generosity, her positive attitude – however you want to describe it – it flowed out of Jody and into the people around her. She absolutely had no ability to turn any of that beauty off. Her “on” switch was locked in.

-excerpt from “A letter from Gary,” Jody’s husband, at her memorial service.

Few things embody Jody’s spirit like her Joobles. Look at their faces and you’ll feel her innocence, her pure joy. And you’ll probably smile, just like you’d do every time you were with her. 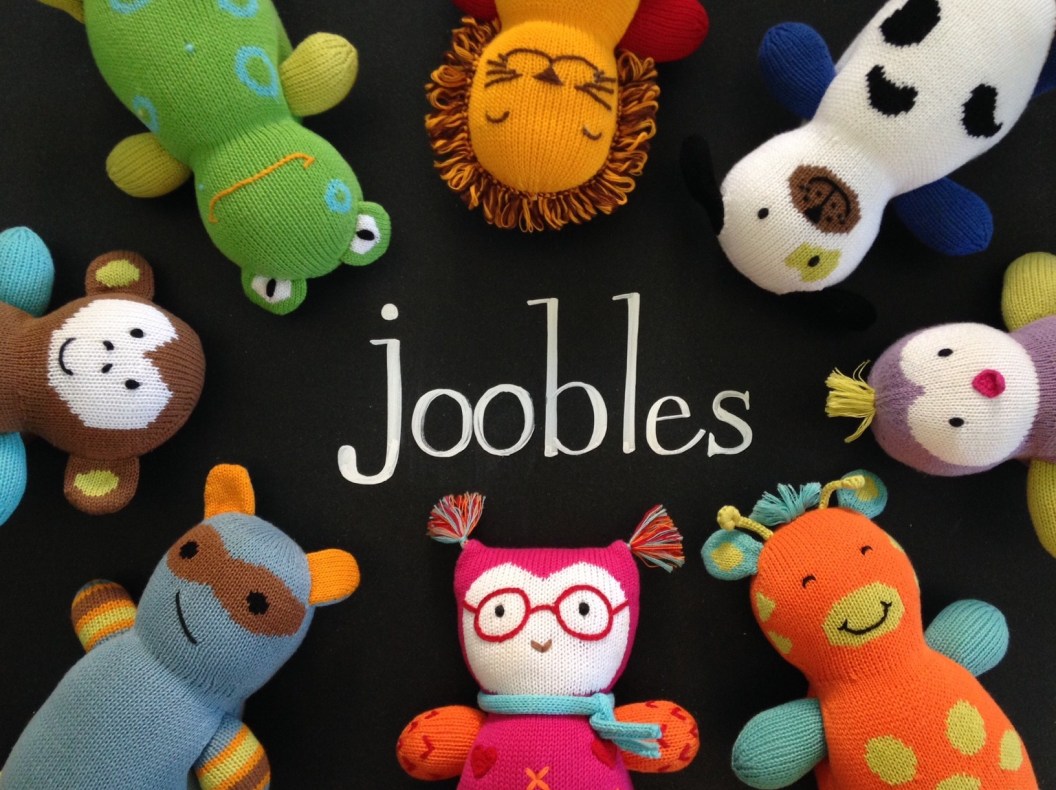 I have to give a shout here to Sergio because the Joobles would not exist without him. Sergio helped us coordinate with our Peruvian suppliers in the early days of Fair Indigo. On a trip Jody and I took in early 2008, our schedule was overbooked with urgent things to get done. He wanted to show us a hand knitting operation. “Maybe next time Sergio, we have too much to get done.” But he persisted, every day. Finally on our last day, we gave in. “OK Sergio, 30 minutes!” 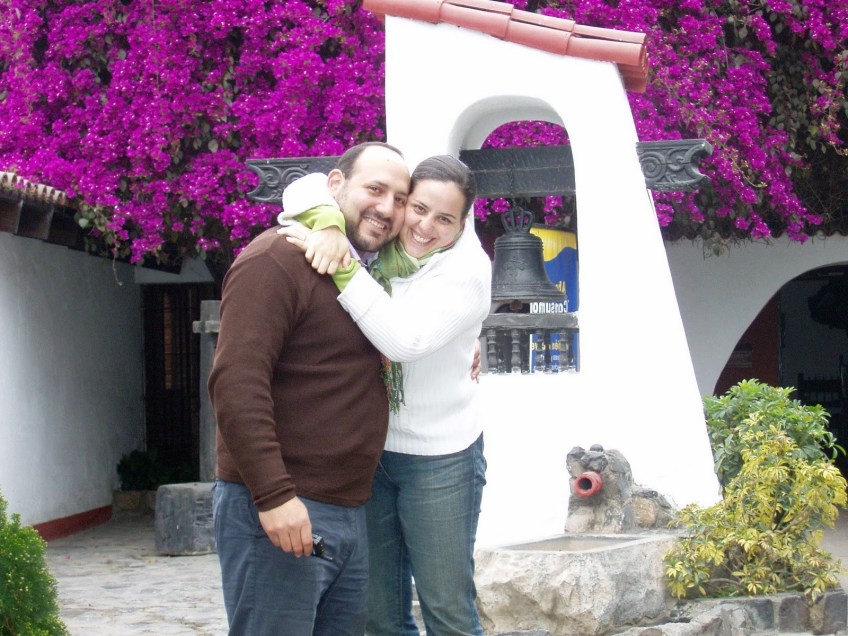 Within 5 minutes, I had to pick Jody’s jaw up from the floor. She was 20 steps ahead of us gushing at the talent, hugging the knitters who didn’t speak her language but could feel her love, cooing over the quality of the needlework, the color. “Oh my Gosh Rob, this is incredible!” She was like the proverbial kid in a candy store. I agreed and was equally moved by the couple – Javier and Elsa – who owned the place. They, like Jody, were the kind of people who made you instantly feel like an old family friend. And as I later learned, they were beyond just warm and friendly – they were absolutely saintly. But, at the time, we were not looking for a hand knit supplier. “Jody, come on, we’re going to miss our flight.”

When we got off the plane back in Madison, Jody had sketched her first Jooble. She already had him named – Jiffy the Giraffe – and had picked out yarn colors. She had a vision and knew exactly what she was doing.

The rest of the characters were inspired by Jody’s love of kids and from suggestions by her boys, Avery and Cooper. All of us who worked with her knew the joy her boys brought her. It’s a joy nearly all parents feel, but Jody expressed it in a very special way using her own childlike awe. 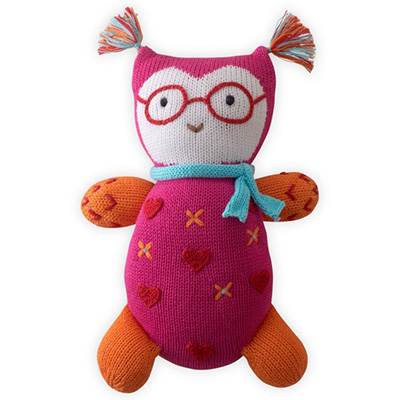 Jody fought cancer for nearly two years. Serious illness is so personal and there is no right or wrong way to handle it. To the outside world, Jody’s unstoppable optimism never seemed to diminish. Adjectives here seem inadequate in trying to describe how much we were overcome by her heroic attitude through something so difficult.

Her last design she called Blink the Owl. On one of Jody’s last days with us, her son Avery suggested to me, “maybe you could name a Jooble after my mom.” What a perfect idea. Blink became Jody the Owl.

Jody never got to visit the school in Cajamarca, Peru that the Fair Indigo Foundation supports. One of my biggest regrets is that we didn’t make time to visit it on one of her trips. “Next time.” Be careful about using too many next times.

But last week, we did something pretty amazing. Jody’s son Avery accompanied me on a trip to the school, where we distributed Joobles to the nearly fifty students. The kids had picked out their character a couple months ago, our knitters got busy making them, and last week we held what felt like a mini Oscars ceremony (but way less pretentious and way cuter) handing out the Joobles to each child. I read each student’s name, they came running up to the “stage,” and Avery handed out their Jooble – topped off with his signature high five.

It’s a day I’ll never forget, and a day where everyone could feel Jody there with us. Without a doubt, we could feel her there. Thank you Avery! It’s time to plan that trip with your dad and Cooper.

Here are some pictures from the day, and the days leading up to it. 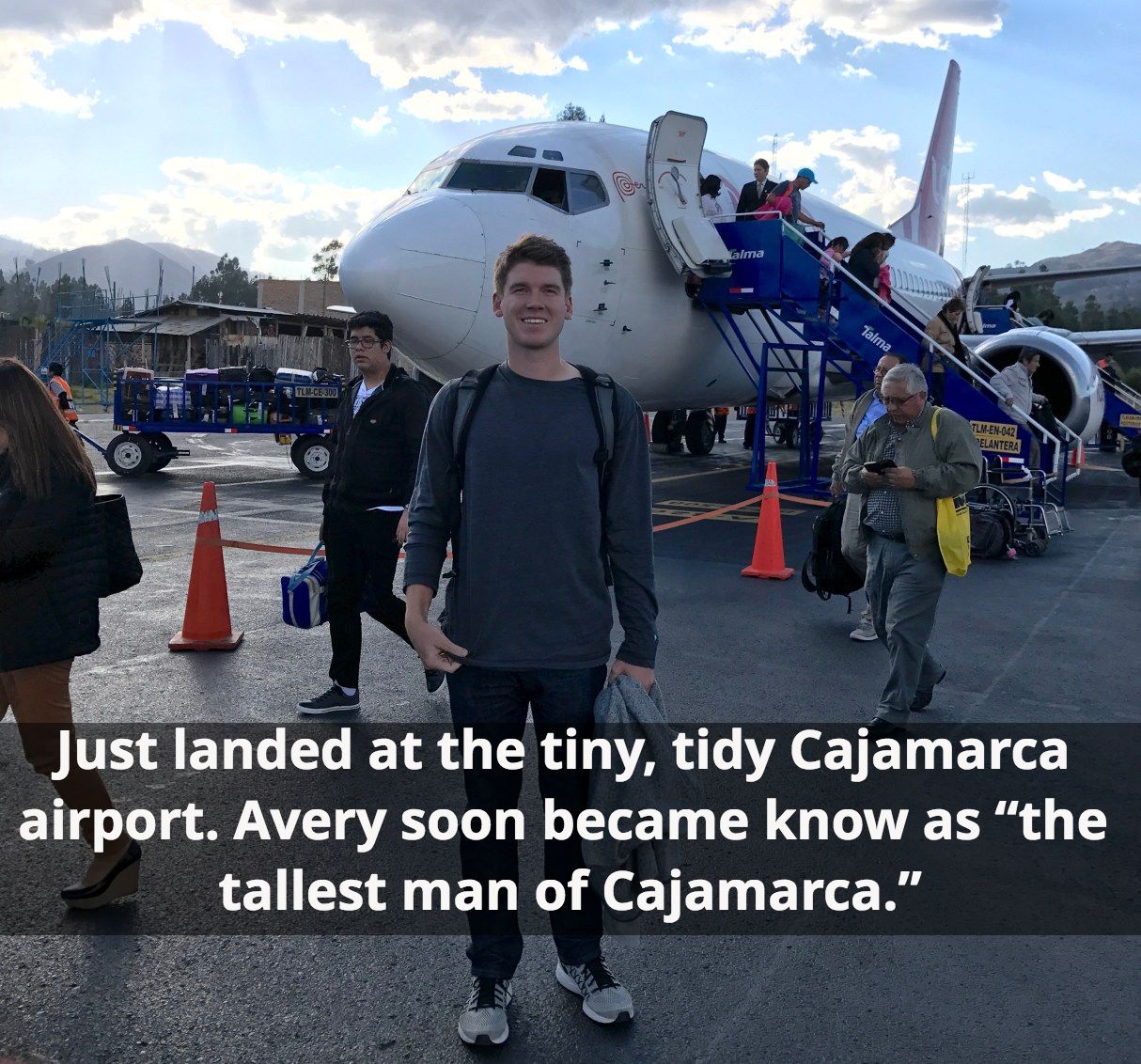 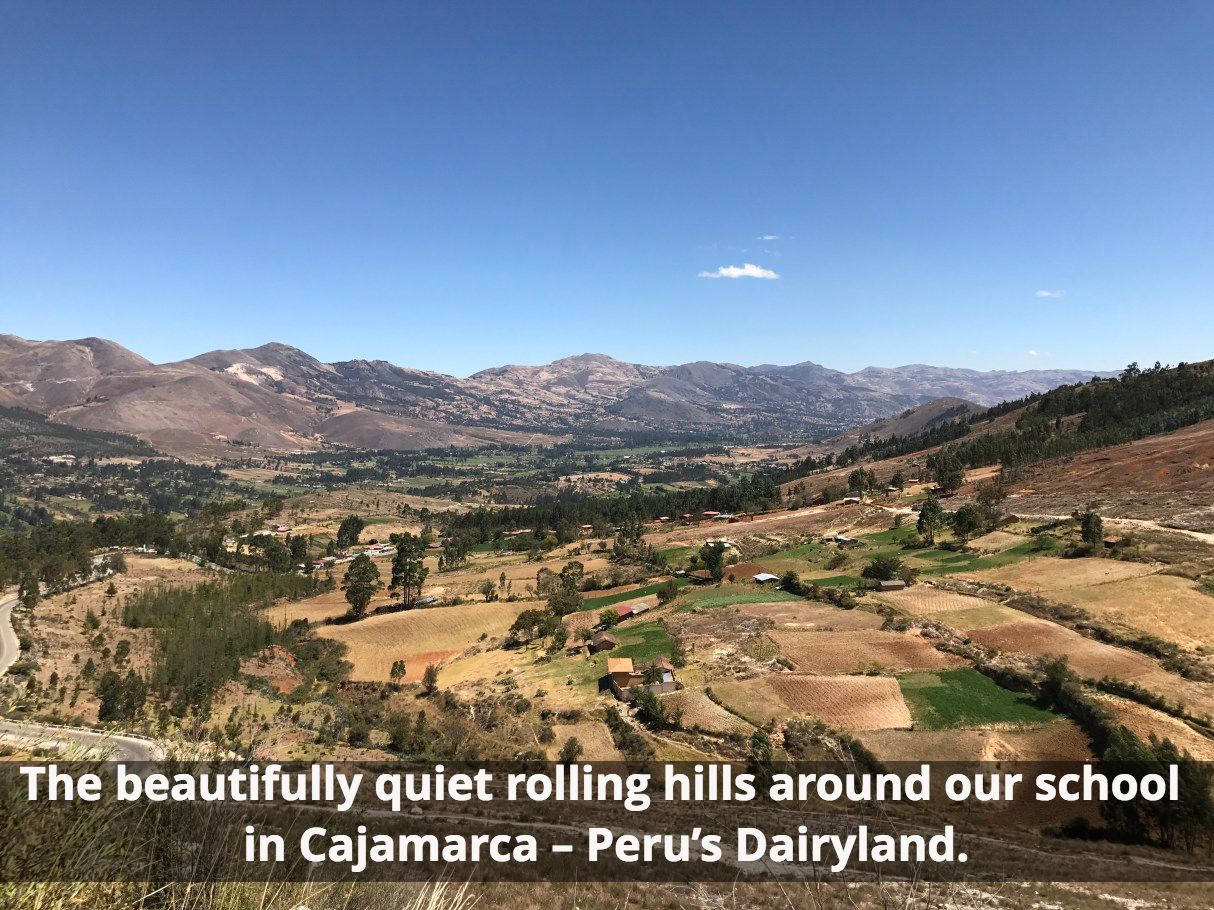 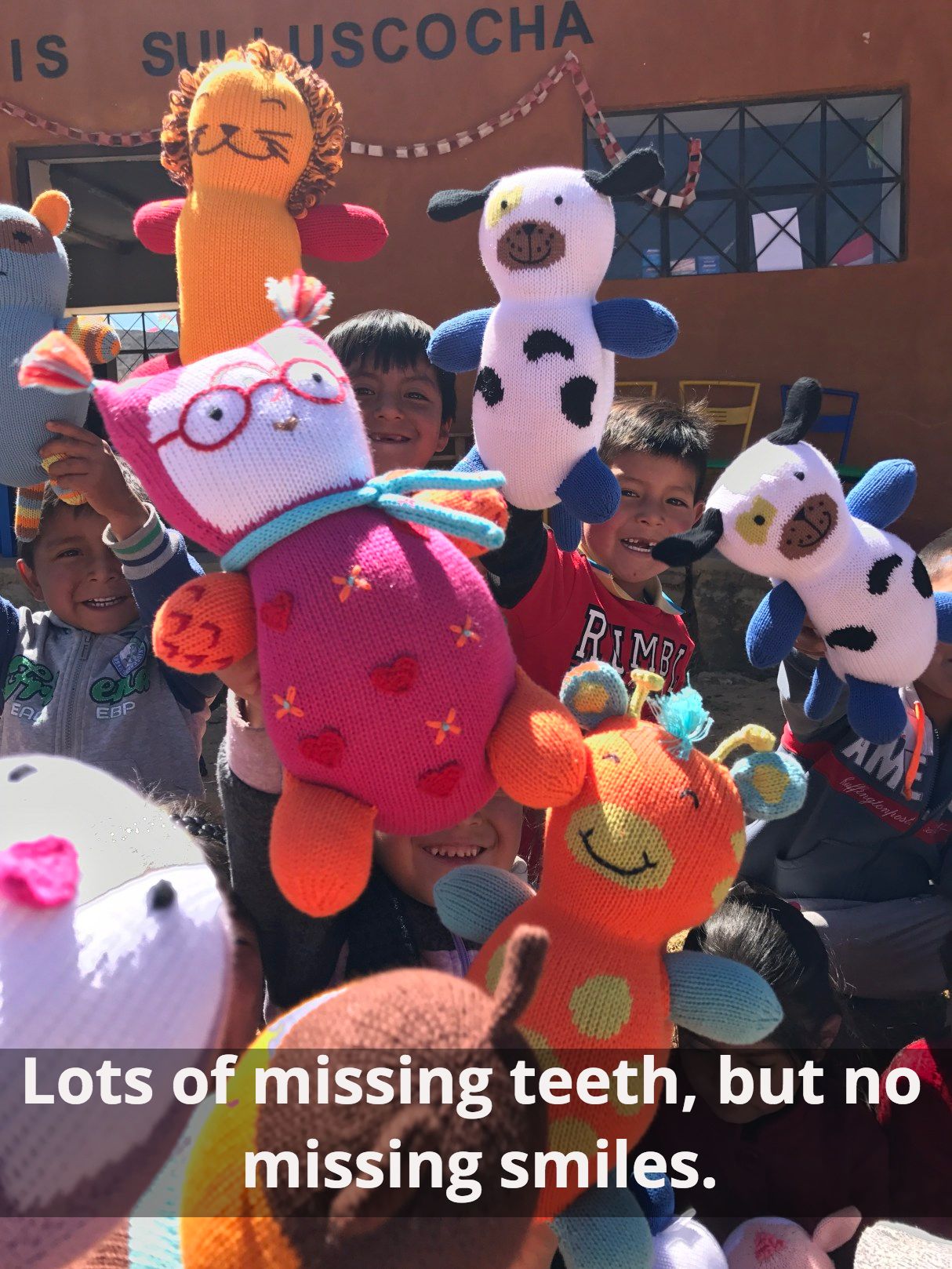 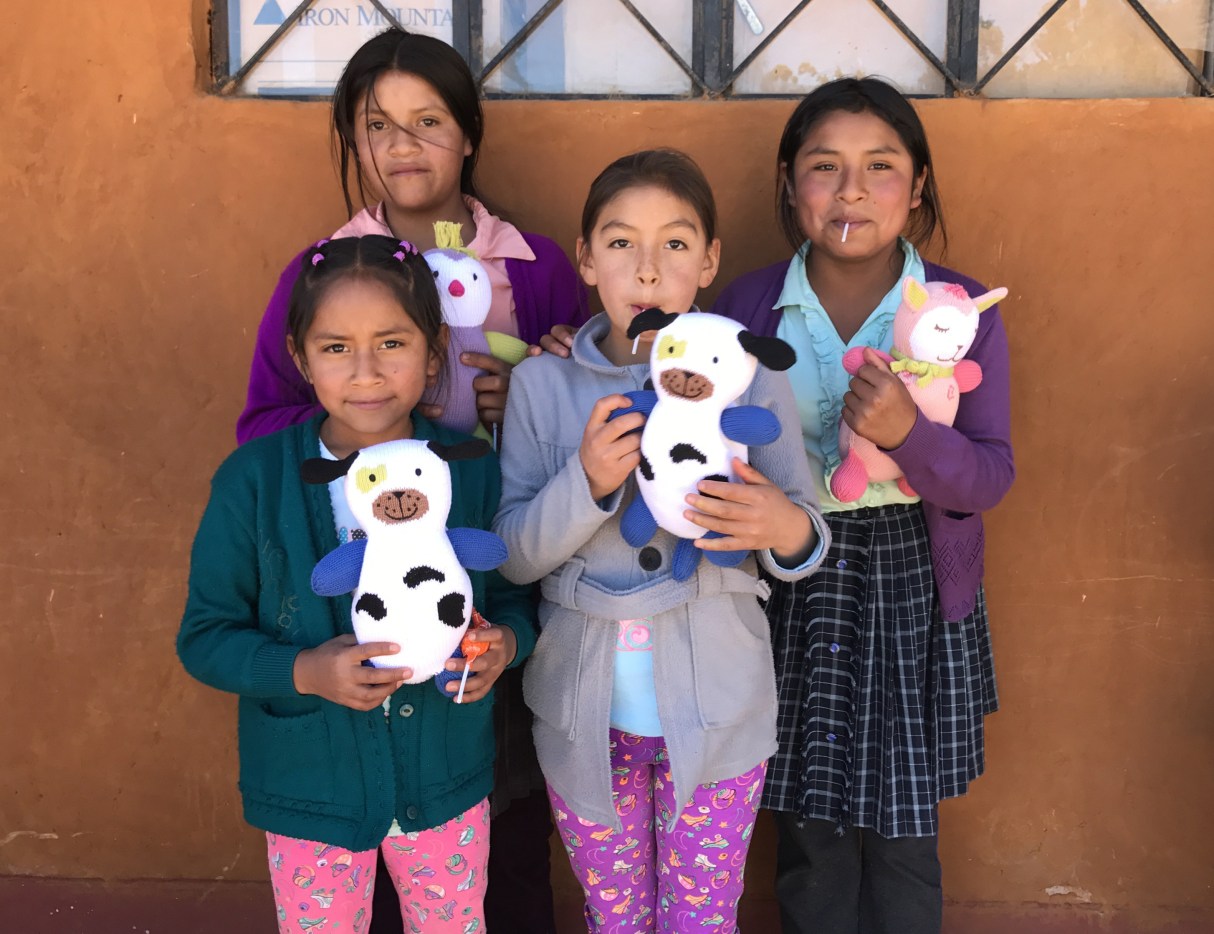 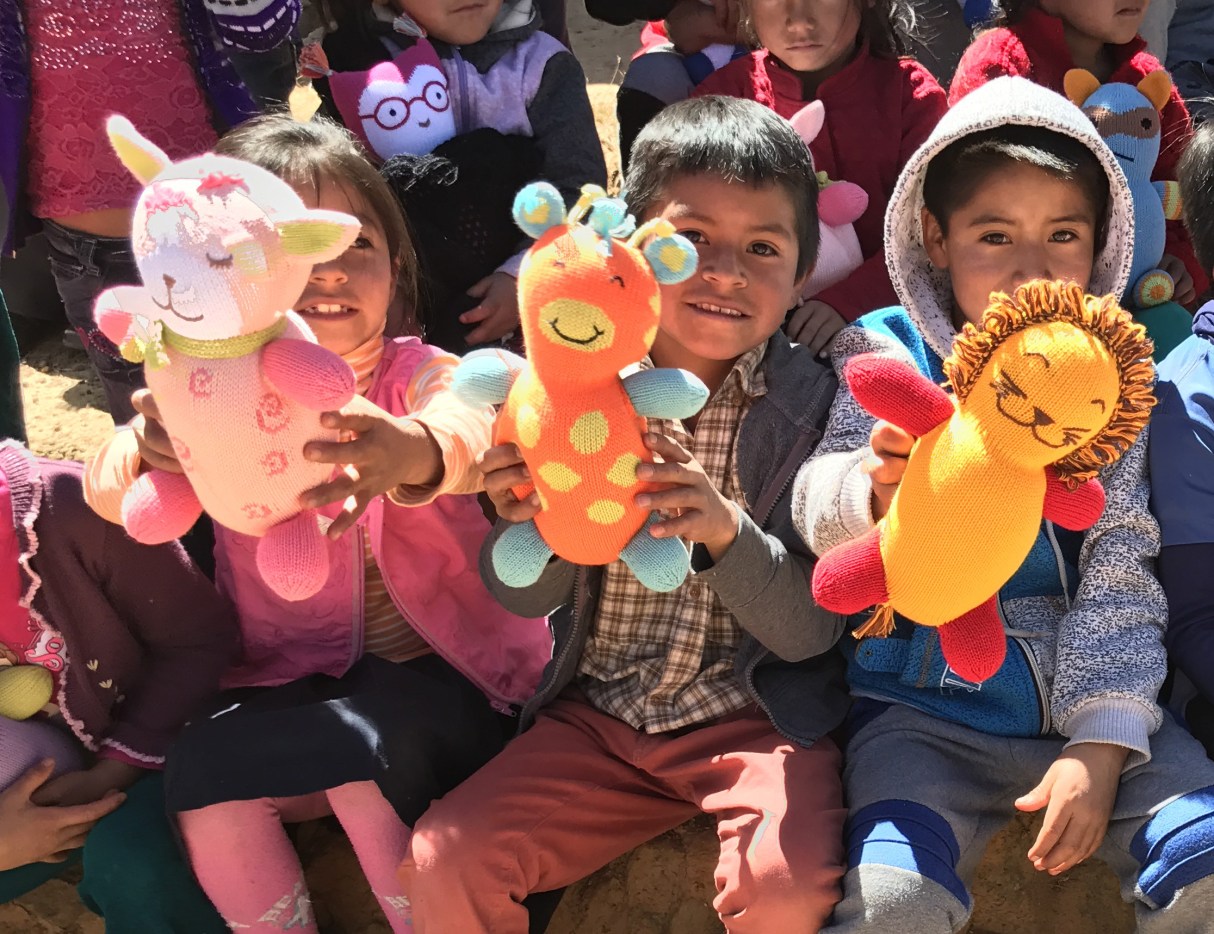 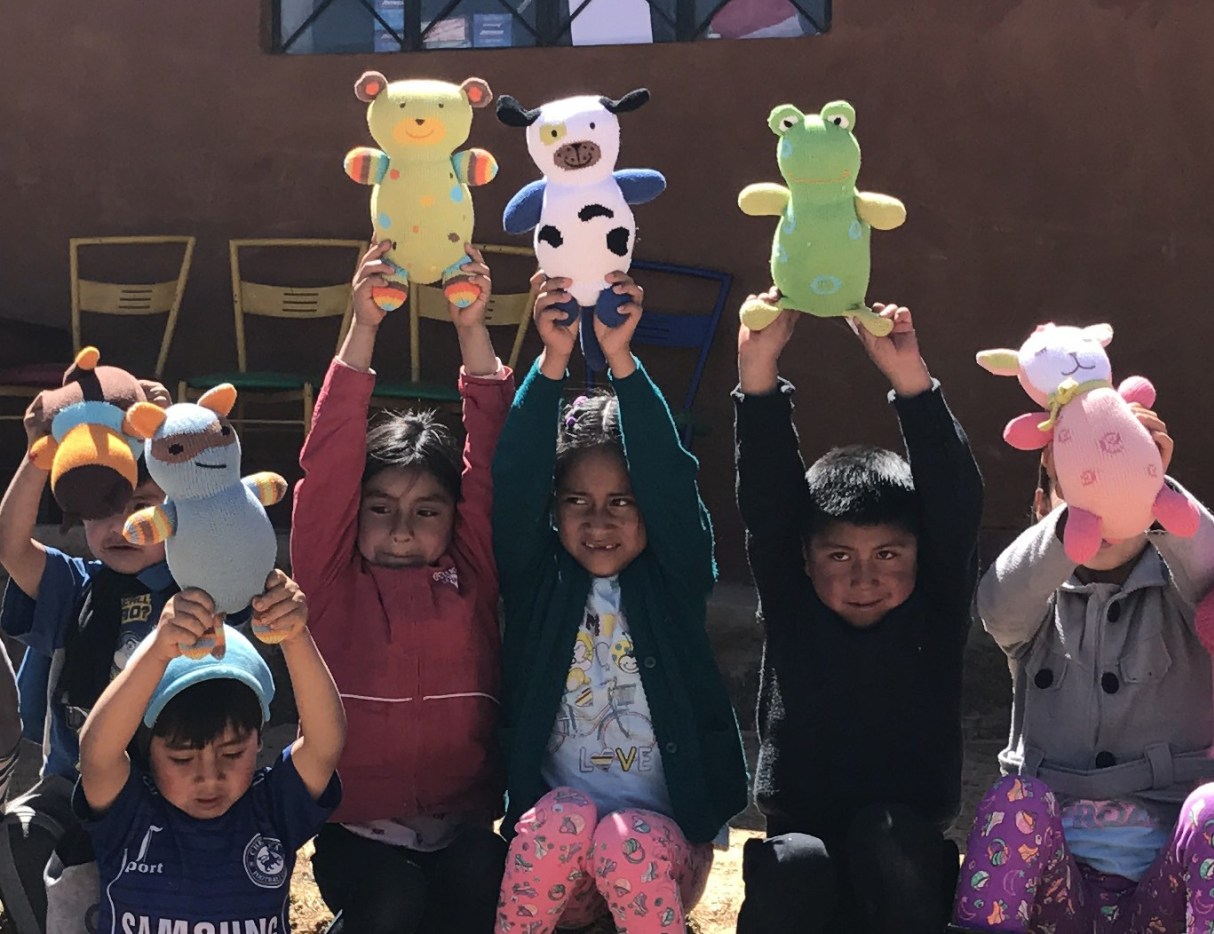 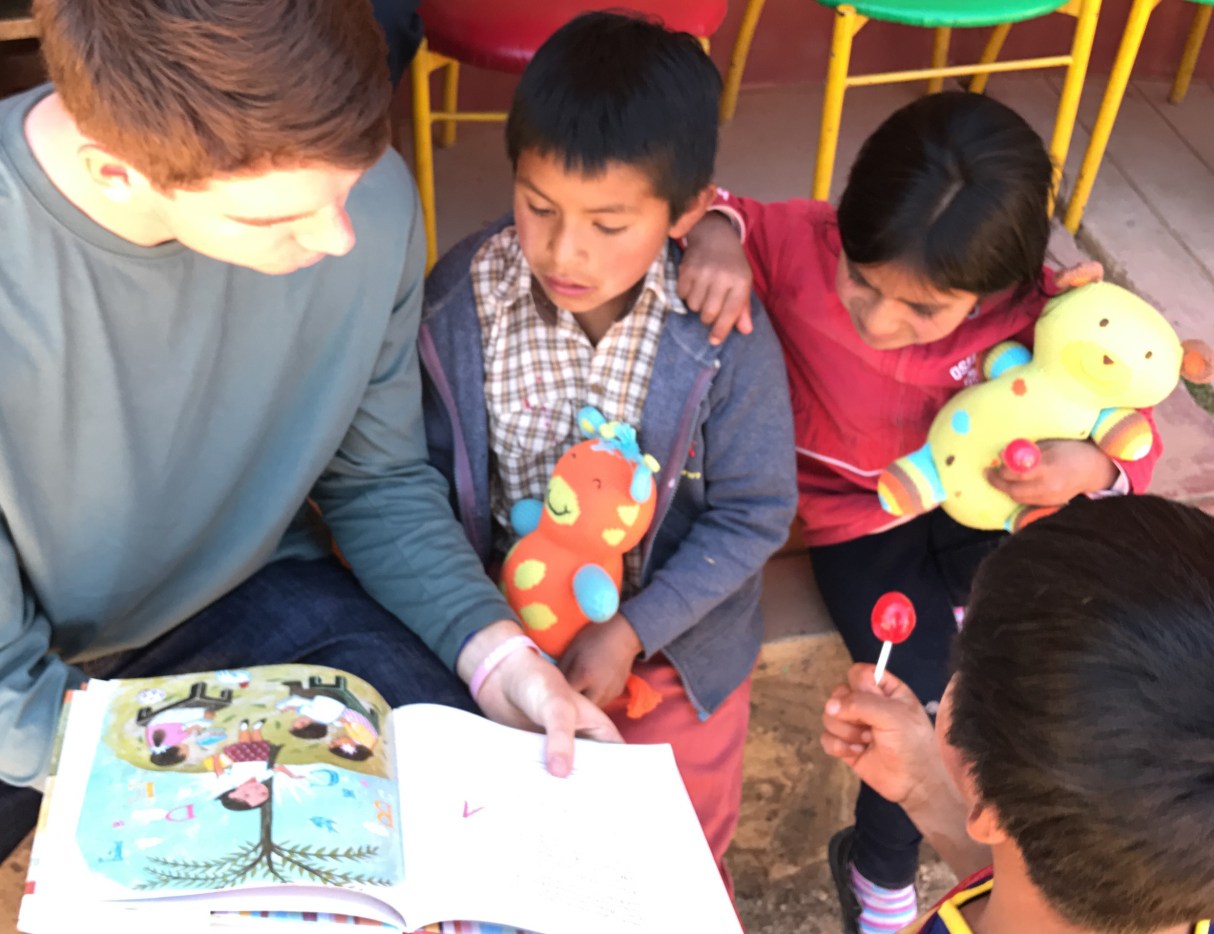 Jody brought joy to the world every day of her too-short time on this earth. Avery extended that joy last week to these kids. With Cajamarca being Peru’s poorest state, for many, this was their first toy. But the joy won’t stop here. It’s so Jody to figure out an ingenious way to spread her smiles to thousands more for many years to come. Well done, my friend. Thank you.